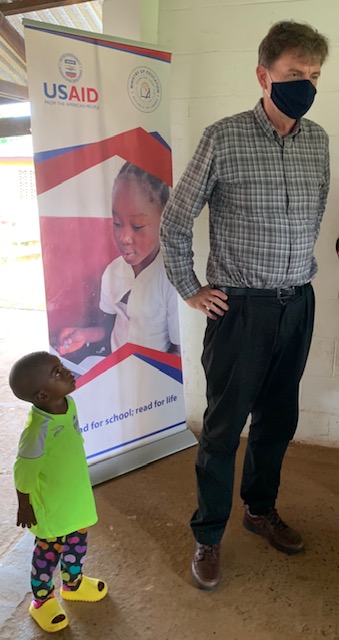 Joel Maybury, State Department deputy chief of mission in Liberia, talks to a teacher training class in Kakata, closely observed by a local.

Peter Loeb plays sax with Midnight in Laredo on Sunday, September 26 from 2 to 5 p.m. outdoors at American Legion Post 474, Princeton Harbor. Midnight in Laredo is fronted by singer-songwriter Ellyn Shea doing country and swing classics and originals, supported by a crew of experienced musicians. THEY MUST BE KIDDING!

"April 29, 2018 the Hecate Spray, a 33-foot steel sloop, washed up at the north end of Linda Mar Beach, and still rusts away as an UNMARKED semi-submerged, jagged saw blade of a hazard in the surf zone. Salvors for the Hecate Spray used a very large barge, jerking it in 10-foot increments in six- to eight-foot swells while they pushed it from shore with a large excavator. They never got it deep enough for the full keel to right, and essentially dragged the boat sideways until it filled with water, flooding the pumps, and it sank. While most fluids had been pumped out of the boat, its slowly rusting hull is still a significant problem. Per the Coast Guard and California Coastal Commission, the City of Pacifica has no plans to remove the remains of the Hecate Spray sailboat." (Dan Stegink) 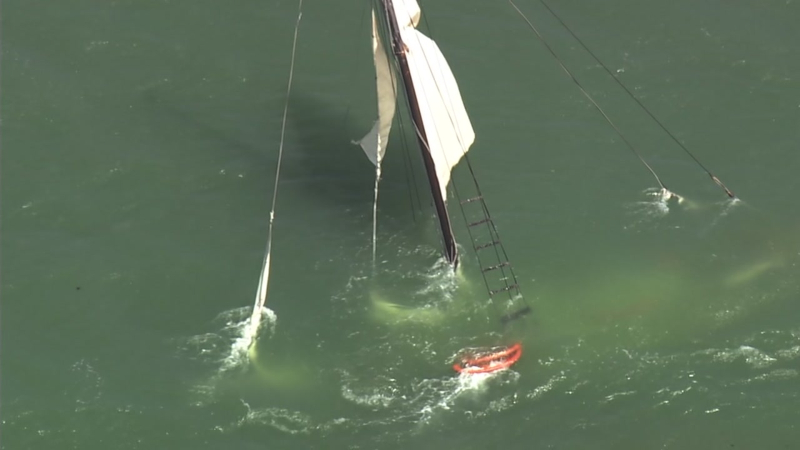 ALL WASHED UP @ SHARP PARK BEACH

"October 12, 1966, the George A. Johnson washed up on Sharp Park Beach. The ship was being towed for scrap and broke free for a visit to Pacifica." (Dan Stegink) 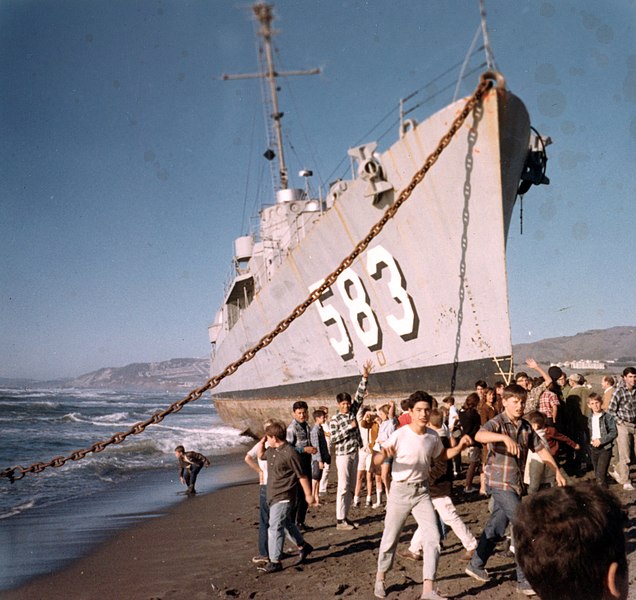 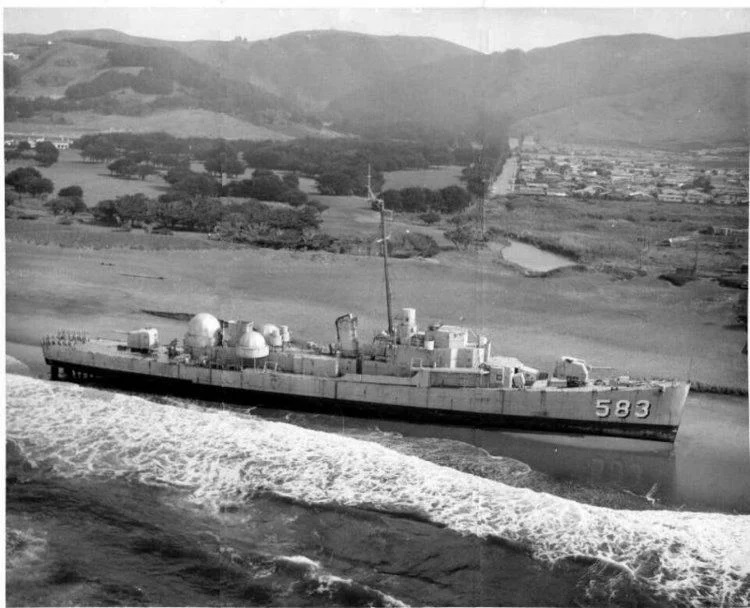 "The sailboat Hetairos, an old fiberglas full-keel, washed up on Linda Mar Beach on September 11. That night a crew of three with a small excavator began pushing the hull at alternative ends with the blade of a small excavator in a zigzag attempt to move it up the beach (toward Highway 1), when just before 8 p.m., after moving it 20-30 yards up the beach, they punched a hole in the starboard stern of the keel, puncturing a tank that immediately began leaking and ending their plan to salvage the boat intact. The salvage crew then packed up and returned Sunday with additional equipment to cut the boat up." (Dan Stegink) 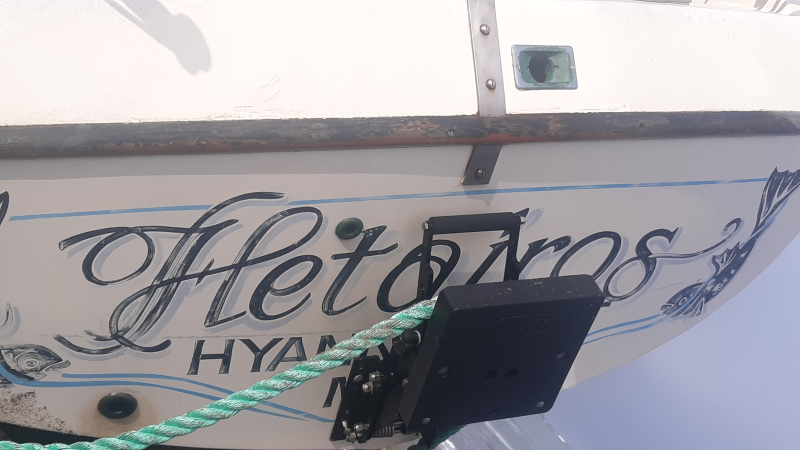 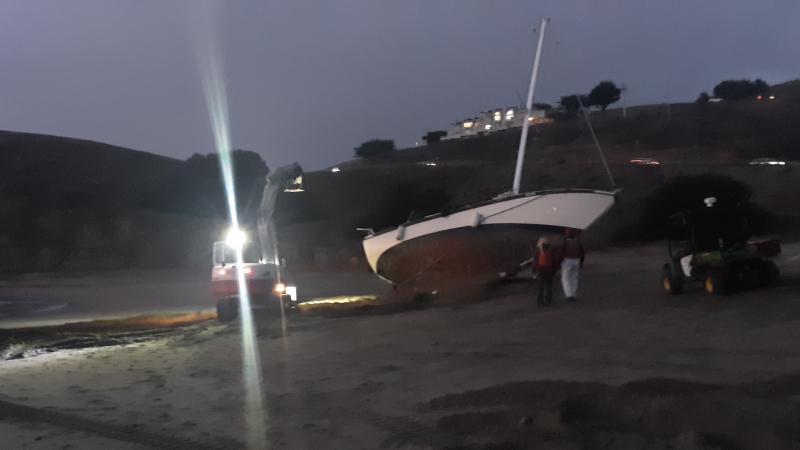 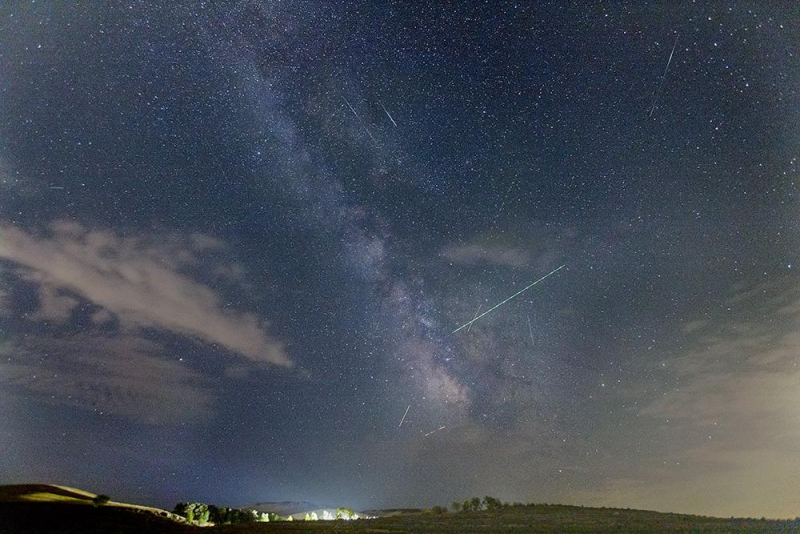 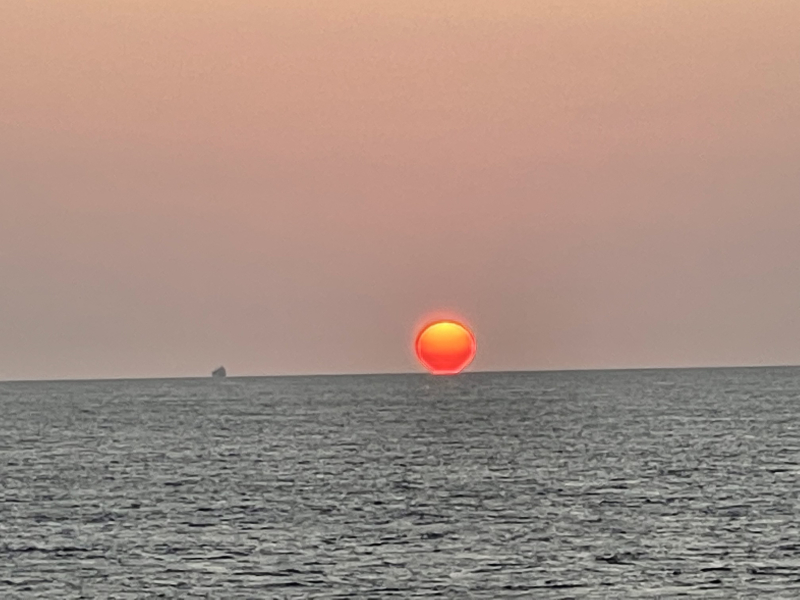