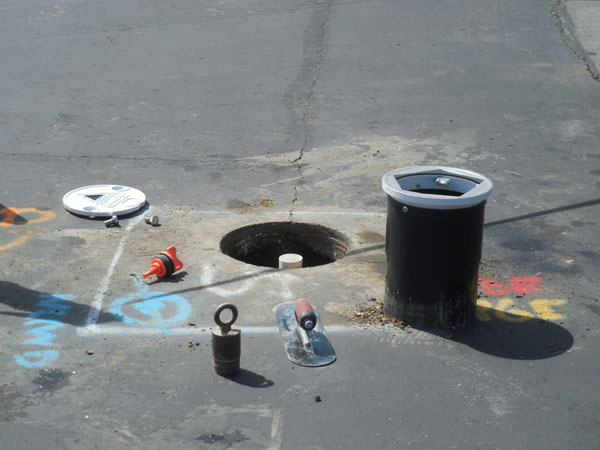 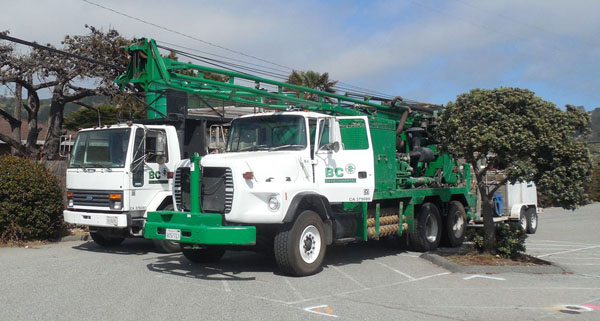 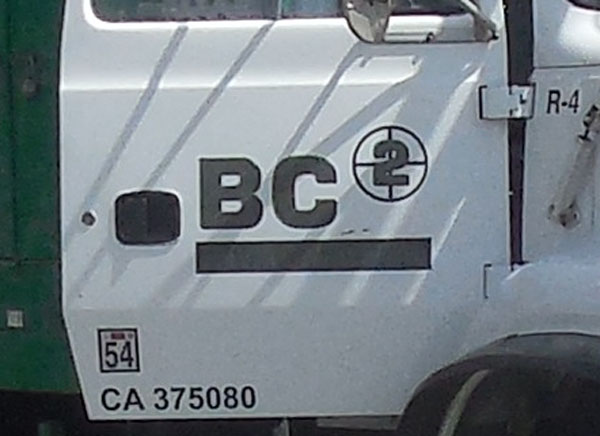 So either the first samples showed inadequate results or a problem. Doubly relevant since the City of Pacifica is probably purchasing the residential-zoned Linda Mar Park & Ride lot from Caltrans sometime in the next 60 days.

(Story and photos by Pacifica.city)

For Valero service station owner Dave Nannini, it's the end of pumping gas and repairing vehicles, and the beginning of the good retirement life. A Pacifica palindrome lover emails him: "Evade gas, semis, racecars, I message Dave."

Don't forget, the 7-Eleven will sell carcinogens as well. How many of the local kids will buy cigarettes and the arguably more deadly "e-cigarettes"?

One can look up all recordings at:
http://www.smcare.org/recorder/recording_documents/search_database.asp

Dave & Lou's Valero is not yet sold, but 7-Eleven Inc. purchased the 700 Hickey property on February 19, 2015 (three months before the Planning Commission meeting).

The 7-Eleven at Dave & Lou's will double in height from 14' to 27'6" tall and will go from a 40'-plus setback from the Cabrillo highway sidewalk to a 5' setback, blocking out the sun, mountains, and ridgeline for up to 58 homes in the Linda Mar neighborhood.

The area already has one of the highest undue concentrations of alcohol off-sale licenses in San Mateo County (almost three times the average if 7-Eleven were approved), and putting a 24-hour convenience store selling wine and beer on a neighborhood corner that has been dark after 8 p.m. since back when this neighborhood was Lake Matilda doesn't sit well with a lot of residents.

We've had three federal or state-paid DUI checkpoints 100 feet away in the past 18 months and adding another liquor license just doesn't make sense.

The Caltrans lot that houses the Linda Mar Park & Ride is a de facto late-night skate park for a lot of young kids that many would argue would pair poorly with 1:59 a.m. alcohol sales (every 7-Eleven in Pacifica was busted in the ABC's most recent sting for selling alcohol to minors).

Plus, there's Pacifica State Beach (Linda Mar Beach) 36 feet across the highway, which we've had to tap state resources to fund rangers to patrol, and has had its share of drug and alcohol incidents, including an apparent daylight knife fight yesterday.

Finally, about 90 feet from Dave & Lou's at the south end of Pacifica State Beach there's also a federally protected wetlands that probably (along with the Snowy Plover), wouldn't benefit from the 24 hour lights of the 7-Eleven.

Dave & Lou's will probably always be a gas station, but they are consistent profit engines (a Manhattan BP station just sold for $25M), consolidated chains and plenty of interested buyers.

We'd prefer a buyer that has been a good steward of its city permits, no 24-hour sales, and no alcohol license.

Every gas station in the state has been retrofitted with new tanks, monitoring systems, filters, alarms, etc.

Numerous gas station sites around town are still vacant years after the stations were removed. The 76 station by Eureka Square and the old Bubble Machine site on Highway 1 come to mind.

I am sure the state requires testing on transfers of ownership. I know Dave & Lou's was listed for sale. Don't know if 7-Eleven purchased the site.

@Bigbanker, it appears there were no contractor's license numbers on any of their trucks.

What is the city planning for the front of Linda Mar? A high-crime "convenience" store and a sewage overflow ("equalization basin") next to public transit, McDonald's, and other high-traffic-flow businesses?

Are the current gas station owners being forced out of their location?

What will this -- a sewage overflow and a convenience store -- do for Pacifica, socially, economically, environmentally? Sewage overflow is just that: Sewage. Overflow. It smells and is a source of disease.

How is it that this is being put on the busiest street at one of the most high-profile intersections in Pacifica?

What good will this be for the folks who live in Linda Mar?

Cleanup from a service station is always problematic. Old tanks need to be dug up, soil tested, etc. Could be quite expensive.

The state contractor license number and name are required on the truck, normally on the door.

Maybe the license number was somewhere else on the truck that the photos did not show.

The title of this piece had me looking for drum majorettes with batons and such attacking the service station somehow. No such luck.

Doesn't state law require them to have a contractor number on every vehicle?

Dave, thanks for the clarification. And we wholeheartedly agree with you about Dave & Lou's. It is one of the last few gas stations to offer extra service and straight-shooter prices on repairs. Very sorry to hear it may close. Not happy about it becoming a 7-Eleven.

I think you are mistaking the carrier identification (CA) number issued by the CHP that is required to be on the door with a contractor license number.

I sure like the existing Dave & Lou's the way it is, though.