More bad news for Pacifica open space and highway traffic: Another out-of-town builder wants to put two dozen condos (The Prospects) on the Fassler downslope to Highway 1. We can only hope that basic human fear will cancel out basic human greed, and put a stop to this latest insanity. A scoping meeting was held October 29. Please click the Comments link below this post to add your opinions and to follow this story. 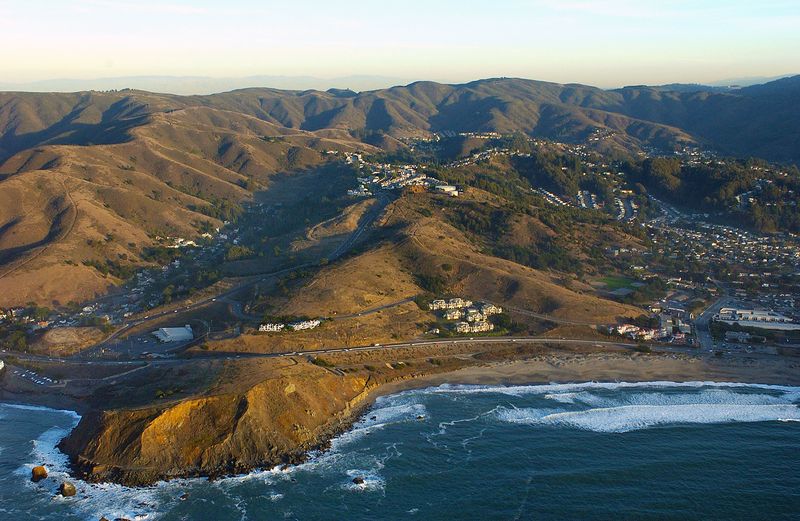 Posted at 03:08 AM in Planning & Development | Permalink

I appreciate Tom Clifford's thoughtful and well-informed comments posted in the link above about the Supplemental EIR for what is essentially a brand-new project proposed for the Fassler site. I hope the Planning Department and the Planning Commission give careful and close consideration to the issues he raises.

Thank you, John, for adding my comments on the project's SEIR to this posting. I hope everyone will take the time to look at the Fassler Residential Project and send your comments to Assistant Planner Kathryn Farbstein at farbsteink@ci.pacifica.ca.us

I hope to see a good turnout at the scoping session tonight.

O'Neill was funded in part by a group from the Midwest, which happens to be the area of the country the new quarry folks are from. No appearance of conflict there.

"... especially if it brings outside PAC money from Realtors@, etc. in for my re-election campaign. ..."

I guess that makes you Mike O'Neill -- who was funded in part by an out-of-state real estate PAC -- OR Mary Ann Nihart, whose every act on council -- with a few exceptions -- has been in support of building out as much of Pacifica as possible. It's clear after the recent "convenience" store vote that neither councilperson cares about quality of life in our neighborhoods or how our kids grow up.

For more background on the project, look at the original draft EIR available here:

In particular, compare the original Project Description document to the new scoping document to see how drastically it has changed. It's normal practice in cases such as this to prepare a supplemental EIR. It will be important to insist on studying most of the same environmental issues again (e.g., traffic, aesthetics) since the original EIR is almost 10 years old.

I read elsewhere (I believe it was the notice for the study session) that the density transfer is permanent, so whatever concessions were made for that are out the window. Otherwise, the entitlements expired, so I don't think there are any conditions of approval to be jettisoned in this case. But the project will have to adhere to the current development rules (e.g., green building ordinance).

The Planning Commission agendas from this time are archived on the city's website, so if someone remembers exactly when it came up for discussion, it would be possible to find the right agenda and get some additional information from that.

This council majority will rubber-stamp anything. LEED certification? Don't need it. Residential is a drain on city finances and services? Don't believe it; all development is good, especially if it brings outside PAC money from Realtors@, etc. in for my re-election campaign.

Click the link at the top of the page that says "Supplemental EIR." It's the scoping document for preparation of the supplemental EIR. It describes the project, shows where it is on Fassler, and the last page of the 8-page doc is the site plan. This is NOT the project that was originally proposed as The Prospects.

This sounds horrible. It would be very helpful if someone with knowledge of this project's history would put together a few talking points or even a letter that those of us who were not around back in the day -- and who can't attend the Oct. 29 meeting -- can adopt and send to the Planning Commission and City Council. That said, after seeing how easily the Harmony @ 1 conditions of approval were jettisoned, I am not holding out much hope that the pro-development Planning Commission will listen to reason. Nice to be on the record, though, so we have standing to sue if necessary.

I'll start with your last question first. The property is on Fassler Avenue across from the Fassler Harmony @ 1 entrance.

The old Prospects plan had walking trails, public gardens, an amphitheater, picnic areas, and a playground. The new project has lots of paved parking spaces.

Will it get approved and built? I don't know. I do hope that if it is approved, it is not in its current form.

I hope you will all go to the scoping session Thursday, October 29 at 7 p.m. in the Community Center.

Pacifica needs more "REVENUE" (which means more businesses rather than condominiums). Just read the city manager’s June 22, 2015 message about the 2015-16 Operating Budget. I think this should be required reading for everyone in Pacifica. Especially Page 9 under LOOKING AHEAD TO ADDRESSING BIGGER PROBLEMS. The city has deteriorating infrastructure, along with revenue problems that could be solved only by drawing new businesses to Pacifica and encouraging development where possible. These are our only avenues at this time for growing revenue. Read more by clicking the link below:

Thomas: Can you translate what that means for us unwashed masses? WILL it get approved/built? And I'm having a hard time figuring out where 801 Fassler is? Is it directly opposite the Roberts Road entrance? I can't find the APN number on the public records.

Not to mention it's unattractive as all get out.

Many years have passed since the original Prospects plan; the entitlements for the Prospects project have since lapsed and no building permits were issued by the city. The new proposed project is to be developed generally within the same building footprint as the old Prospects residential project, but some of the design and construction details differ from the prior project, including but not limited to project layout, garages and surface parking, access, an above-grade loop road, building heights, and stormwater management.

The building height limit in Pacifica is 35 feet; 22 of the 24 units proposed exceed the height limit; eight units exceed the limit by more than nine feet. The project is on one of the more visible and prominent hillsides and is considered a view corridor.

PROBABLE ENVIRONMENTAL EFFECTS: It is anticipated that the project may have environmental effects in the following areas: Aesthetics; Biological Resources; Geology and Soils, Hydrology and Water Quality, and Transportation and Traffic. The level of analysis for these subject areas may be refined or additional subject areas may be analyzed based on responses to this NOP, and/or refinements to the proposed project. REQUEST FOR COMMENTS: Due to the time limits mandated by State law, your response must be sent at the earliest possible date, but no later than November 17, 2015."

The former Prospects plan was a very complex project because of its setting, location, and the density transfer that allowed it in the first place. The Prospects was approved after considerable public input and thorough review by the Planning Commission. The probable environmental effects of this new project are alarming. Each and every element should have current detailed study and analysis performed so the public and the decision-makers can have current data and make an informed decision on the merits.

This project is no Prospects. The original Prospects plan had many environmental design pluses built in, and this is why the density transfer was allowed on the site.

This new project appears to be your standard condo complex.